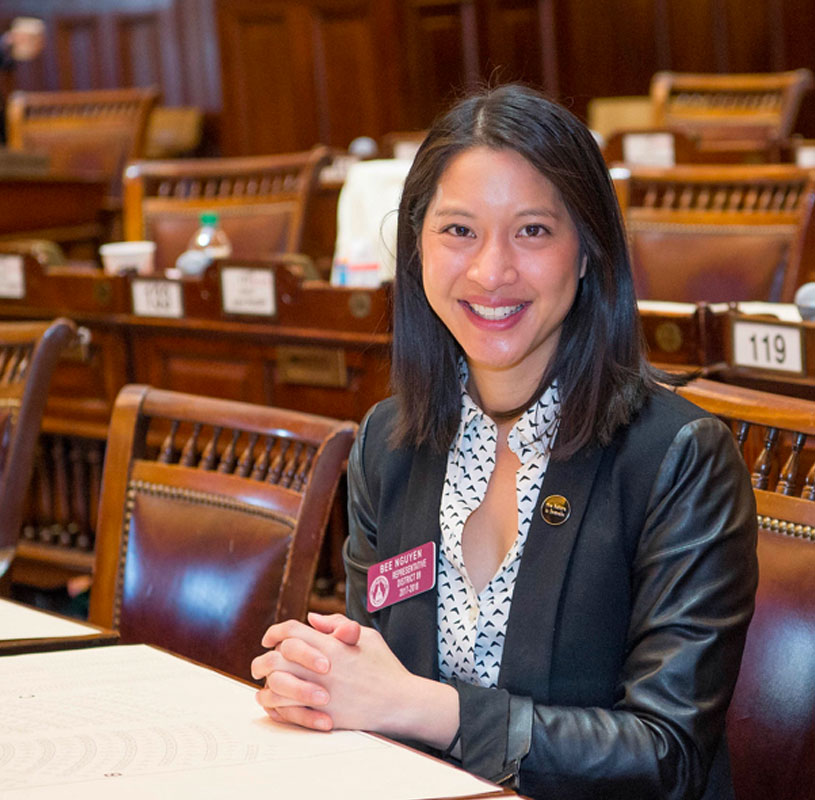 Bee Nguyen is the representative for Georgia House District 89, which includes City of Atlanta and DeKalb County.

As the daughter of former refugees from Vietnam, Bee Nguyen cherishes the community’s most diverse voices.  From an early age, her family taught her to give back to the community. Bee spent a decade of her life working to empower underresourced girls through Athena’s Warehouse, the nonprofit she started to support high school girls in Atlanta.

She was a member of the Atlanta Regional Commission Millennial Advisory Board, a mentor for the Wren’s Nest, a 2015 Georgia Women Policy Institute fellow and a graduate of the 2015 New Leaders’ Council class. She served on the Board of Directors for the Red Clay Democrats, a political action committee that supports progressive candidates. Before she was elected to the legislature, she served as chief-of-staff to Rep. Sam Park, where she advocated for progressive policies and fought against discriminatory policy, including policies targeting women, the LGBTQ community and the immigrant community.

She graduated from the Andrew Young School of Policy Studies with a Master of Public Administration in 2012. She recently joined New American Leaders as the National Policy Advisor.

Outside of her work, she loves running, biking and rescue dogs.